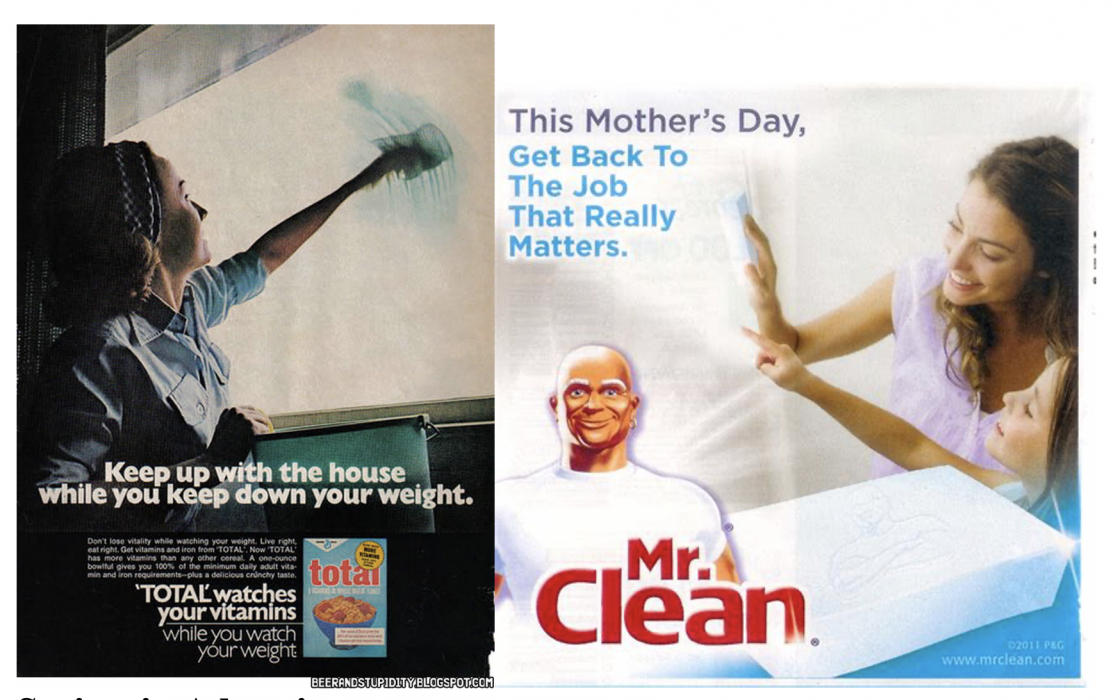 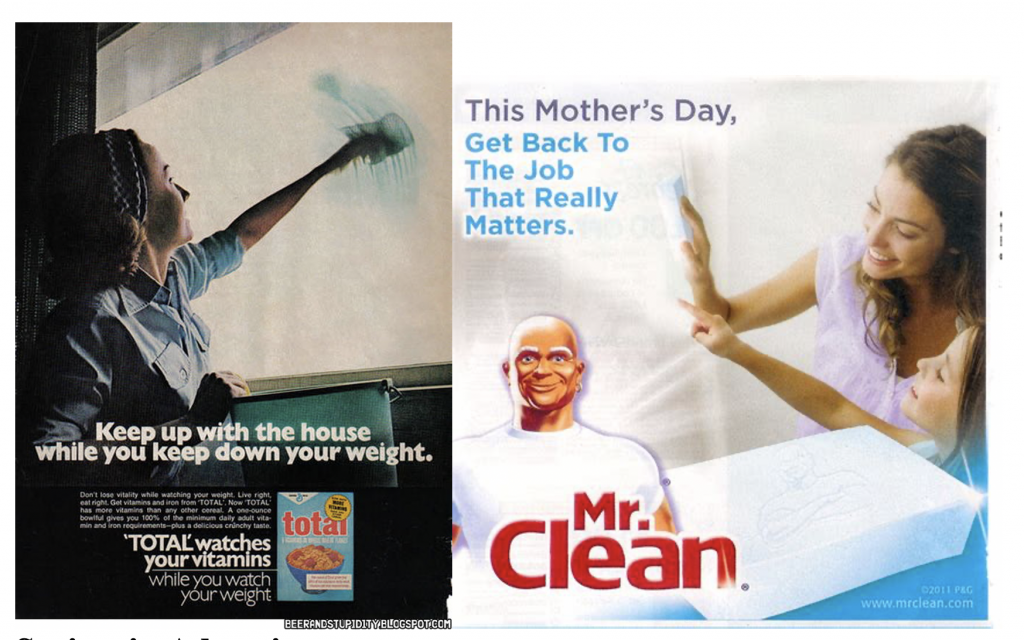 Women have been perceived in a certain way for as long as we can remember, in tv shows, movies, advertisements, and real life itself. There are certain expectations that women have to “live up to” and that also goes for men as well. The media, like advertisements in this case, plays a significant role in how we as a society portray men and women. Media tries to show us as women how we are supposed to act in real life, what we are supposed to do and say. Advertisements are meant to sell products or sell companies to you but sometime the way they choose to do this is sexist towards women.

In the first advertisement (on the left) it is clearly an ad for a type of food that is supposed to help you “watch your vitamins while you watch your weight”. On the ad it also says, “keep up with the house while you keep down your weight” and has an image of a women cleaning. This ad is negatively portraying women because it is helping to show that the only thing women need to do is watch our weight so we can look good and also keep up with the cleaning around the house. Women have been thought of like this since as long as we can remember, this is an older ad, so it is no surprise that this women in the ad is being portrayed the way she is. This ad is showing that cleaning the house is only a feminine thing and says that it is the only thing women are good for. It also is showing that women are concerned a lot about their weight, and they need to keep up with keeping track of it.

In the second advertisement (on the right) it is a Mr. Clean ad that is for Mother’s Day and says “This Mother’s day, get back to the job that really matters” and also shows not only a “mother” or what is assumingly supposed to be one but also a daughter. It looks like the mother is showing the daughter what she is “supposed to do” which in this case is cleaning. In this ad tries to say that mothers are supposed to bring their children up to do as women are supposed to do and with what the ad says it is telling the women to get back to the job, meaning that the women needs to get back to doing the cleaning.

These advertisements, older like the left or modern like the right, society portrays women in a way that is degrading. Women need to be seen in a different way because they are good for more than just cleaning or losing or “watching” their weight for men. Society view women in this certain way and these ads teach women that this is what they have to be.