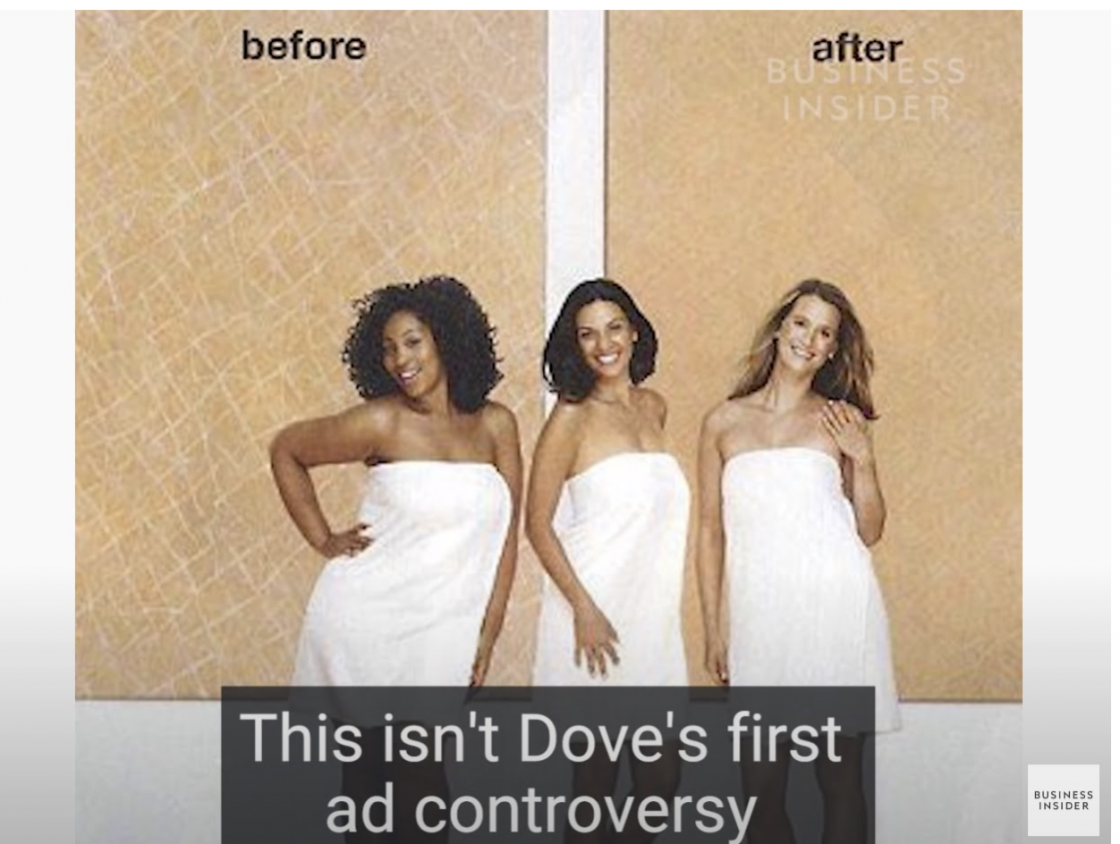 In this Dove advertisement it shows how when one woman of color removes her shirt, she suddenly becomes white. People viewed this commercial as racist and thought the company was trying to make it look like the lighter someone’s skin is, the better. It was also viewed as if you use Dove soap, it would help you achieve “better” skin as in lighter. As a result of this advertisement, Dove was accused of “whitewashing” and the hashtag #DoneWithDove was created in an attempt to get the company banned. This was trending for weeks as people were outraged. Dove themselves did little to nothing to address the situation and their small apology just created more backlash. This isn’t the first time Dove has gotten backlash on an advertisement because of racism. Dove had made a similar advertisement in the past where it showed a before and after from using Dove product. It depicted an African American woman in the before and the after was a white woman. People also saw this advertisement as favoring light skin and trying to show that it is more pleasing than dark skin. This could also have been considered a false promotion or advertisement, due to the fact that it is literally showing skin becoming lighter after using the product.

I think this shows how our society still needs a lot of work. The fact that this advertisement had to be approved and seen by people before it was even released, just shows how ignorant our society still is. It took the general public to complain about it for the advertisement to actually get taken down. This was just one example of the many controversies that appear in advertisements or commercials. Our society needs to change for the better in terms of how we view others and what is released to the general public.